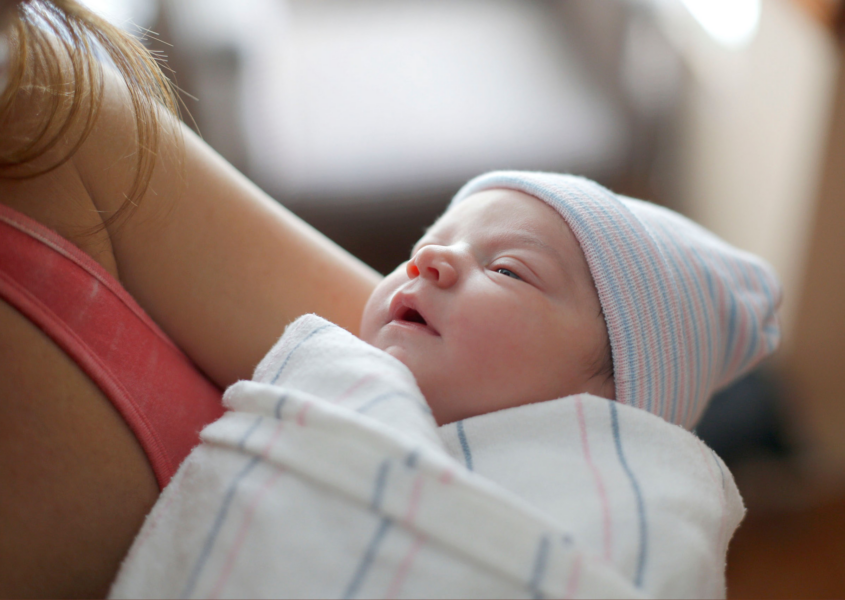 From very early in the pregnancy, your tiny acrobat is twisting, turning, kicking, and tumbling about, suspended in the amniotic fluid in your uterus. As they grow, it gets harder to turn around—you’ll feel lots of somersaults and karate kicks!

By the time you’re at week 36, the position your baby is in begins to matter for delivery. Most babies will have turned so their heads are down toward the birth canal, but some have not—they are in the breech position. A breech baby presents with their buttocks and/or feet first instead of their head, which is a higher risk position for vaginal birth.

But just because your baby is in a breech position doesn’t mean they will stay that way. The closer the baby gets to full term, however, the harder it is to turn around on their own.

The Importance of Fetal Position Before Delivery

The position of the baby’s head matters for delivery. During birth, the baby’s head pushes through the vaginal canal, widening it and making it possible for the rest of the body to follow more easily. If the baby’s buttocks or feet lead the way, labor can become more difficult and dangerous.

Dangers of a vaginal breech birth include cord prolapse (a rare emergency when the umbilical cord exits the cervical opening first), traumatic injury such as a dislocated shoulder, or reduced oxygen if the head cannot pass through the canal after the rest of the body quickly enough. To avoid these risks, your OBGYN may recommend turning the baby to the head down position with an external, manual manipulation called external cephalic version (ECV). If that doesn’t work or your baby remains in the breech position at week 39 gestation, your OBGYN will recommend a C-section as the safest birth option.

Your baby’s position will be assessed at your 36 week visit with a small ultrasound. By this time, most babies will be positioned with their head down toward the birth canal. However, about 3-4% of them will not.

There are three types of breech baby positions:

The baby is in a pike position, with both feet up near the baby’s head.

One leg is up by the baby’s head.

Both knees are bent and the baby’s feet and bottom are closest to the birth canal.

Most of the time, the position of the baby is a chance occurrence with no clear cause. In about 15% of breech cases, a uterine abnormality is the cause. Other reported risk factors include:

How to Fix Breech Position Naturally

In many situations, babies move out of the breech position on their own.

Some natural solutions women use to encourage a breech baby to turn over before the 39th week include:

While these methods do not have sufficient evidence to prove they are effective, they are not harmful if performed by a licensed professional.

Yoga and swimming are other activities that could encourage the baby to turn around by creating a sense of more space as your posture changes.

OBGYNs can perform an external cephalic version (ECV) if a baby has not shifted positions after 37 weeks gestation. To perform this procedure, the OBGYN will place their hands on the mother’s stomach and apply pressure to physically turn the baby. This can be painful and does carry some risk, which is why it is performed in the hospital. In many circumstances, a spinal anesthetic (epidural) can be offered.

Chances of C-Section with Breech Baby

If a baby is still presenting as breech by week 39 and interventions have not encouraged the baby to turn around, a C-Section will be recommended nearly 100% of the time.

In the case of twins, if the first baby is born head first and the second is in breech position, the second baby can be born breech with a vaginal delivery under certain circumstances.

In most cases, babies who are born breech do not experience lasting harm. The most common problem associated with breech babies is hip dysplasia due to their reduced movement and position in the uterus.

All the reasons babies can end up topsy-turvy by the final weeks of pregnancy aren’t fully understood. But with regular check-ins, you and your OBGYN can be prepared for a safer, smoother delivery. 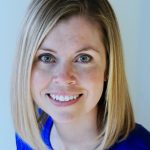 Dr. Sarah Yanke has been providing healthcare to women in Madison since 2010, specializing in high and low-risk obstetrics, contraception, management of abnormal uterine bleeding, and minimally invasive surgical techniques. She is a Board Certified Fellow of the American College of Obstetrics and Gynecology. 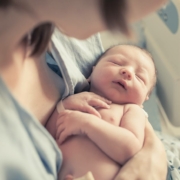 C-section vs Vaginal Birth: What are the Risks and Benefits? 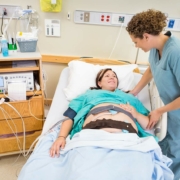 Epidurals for Labor: Risks, Benefits and Other FAQs

Find Answers to Your Questions

This site uses cookies. By continuing to browse the site, you are agreeing to our use of cookies.

We may request cookies to be set on your device. We use cookies to let us know when you visit our websites, how you interact with us, to enrich your user experience, and to customize your relationship with our website.

Click on the different category headings to find out more. You can also change some of your preferences. Note that blocking some types of cookies may impact your experience on our websites and the services we are able to offer.

These cookies are strictly necessary to provide you with services available through our website and to use some of its features.

Because these cookies are strictly necessary to deliver the website, refuseing them will have impact how our site functions. You always can block or delete cookies by changing your browser settings and force blocking all cookies on this website. But this will always prompt you to accept/refuse cookies when revisiting our site.

We fully respect if you want to refuse cookies but to avoid asking you again and again kindly allow us to store a cookie for that. You are free to opt out any time or opt in for other cookies to get a better experience. If you refuse cookies we will remove all set cookies in our domain.

We provide you with a list of stored cookies on your computer in our domain so you can check what we stored. Due to security reasons we are not able to show or modify cookies from other domains. You can check these in your browser security settings.

These cookies collect information that is used either in aggregate form to help us understand how our website is being used or how effective our marketing campaigns are, or to help us customize our website and application for you in order to enhance your experience.

If you do not want that we track your visit to our site you can disable tracking in your browser here:

We also use different external services like Google Webfonts, Google Maps, and external Video providers. Since these providers may collect personal data like your IP address we allow you to block them here. Please be aware that this might heavily reduce the functionality and appearance of our site. Changes will take effect once you reload the page.

The following cookies are also needed - You can choose if you want to allow them: